On the 7th of June 1977, Gothenburg resident Mona Andersson became the world’s first recipient of a bone conduction implant. Aged 40 by the time of the surgery, mother of one Mona decided to put her trust in the hands of technology – one that was emerging at that time, thanks to the continuous efforts of Professor Brånemark and Dr Anders Tjellström, who understood the benefits of bone conduction and its applications in the treatment of hearing loss.

Mona Andersson was born in Gothenburg in 1937, and already as a child she suffered from chronic infections in both years due to complications of scarlet fever. Her natural capacity to hear had dropped dramatically and it was not long before she had serious problems with her hearing.

At the age of 15, Mona received her first hearing aid, which slightly improved her hearing, at the cost of constant headaches. The quality of sound was poor, and due to her chronic infections, she was not able to wear the hearing aids for longer than three hours, otherwise her ears would start to drain.

For the first time in life, she felt isolated.

“I was always joyful and social. However, when I started using hearing aids, I started feeling embarrassed. I remember that some of my early hearing aids were very difficult to wear. Even today, when I think about those days, I can easily sob”, recalls Mona in a 2017 interview with Cochlear.

When she started working at a plastic factory, she realised that exposure to warm temperatures affected her hearing even more. She reached a turning point in 1965 when she became a mother.

“I struggled to communicate with my daughter in the first years of her life. My husband and my mother were incredibly supportive! But my biggest wish was to hear my daughter’s voice”, Mona says.

As a regular patient at the Department of Otolaryngology at the Sahlgrenska University Hospital, Mona had a close relationship to Dr Anders Tjellström.

“I had nothing to lose when I accepted Dr. Tjellström’s proposal to receive a bone conduction implant”, says Mona.

In 1977, Mona underwent the world’s first bone conduction implant surgery, performed by Dr Tjellström at Sahlgrenska University Hospital. The custom-made implant was placed in the right temporal bone, and three months after implantation a hearing aid coupling was connected to the fixture. 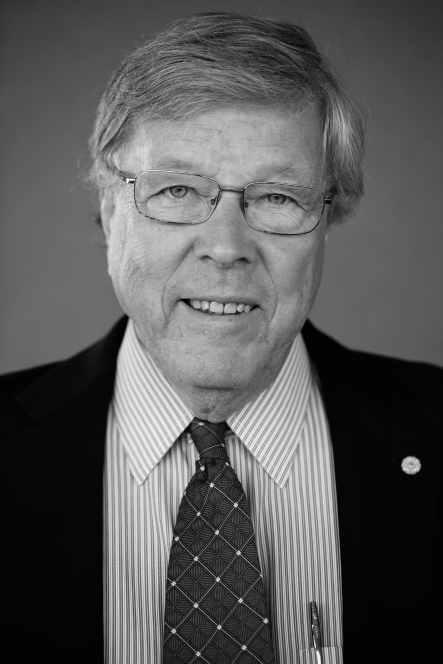 Dr Tjellström recalled in an interview that Mona had realised the benefits of her implant immediately. For the first time since childhood, she could hear birds and many other sounds she had never experienced, like the sound of a fly on a window, or ice cubes clinking in a glass.

Two more patients were operated in 1977, and the following year another ten patients received the implant. During these years, it became clear that the new concept gave excellent results with little risk. ¹

In 1982, a unique collaboration between Anders Tjellström, Bo Håkansson and Peder Carlsson, Professors at Chalmers Institute, resulted in the development of the first bone conduction prototype – the HC-100, designed for patients suffering from conductive hearing loss, like Mona.

The HC-100 became commercially available in 1985, and soon after, Tjellström and Håkansson arranged the first bone conduction workshop in Gothenburg to present the first scientific paper on the innovation.

“The delegates who arrived with a sceptical attitude all went home convinced of the benefits of this new technique”, said Tjellström. ¹

By 1987, the research and work on improving the performance of the device had intensified, and only one year was left until the release of a new product.

In the next article, read about the second decade of bone conduction hearing, and how the development boomed over just a few years.

Connect with Cochlear in social media

The Baha® Blog is written by the team at Cochlear Bone Anchored Solutions AB (Cochlear)|Opinions expressed in the Twitter feed and in any related comments reflect the personal opinions of the original authors, not those of Cochlear|The Baha® Blog and Cochlear are not responsible for the content or opinions expressed in external sites |In the United States and Canada, the placement of a bone-anchored implant is contraindicated in children below the age of 5|Please note that not all products mentioned are available in all countries